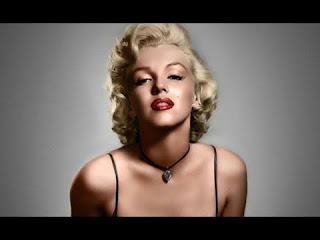 We know who killed Marilyn Monroe. Well that is everyone familiar with the story and this incredible for good and bad Hollywood Goddess and her life and how she lived, who is not a current resident at a mental hospital, an escaped mental patient whose on the lam, as well as anyone capable of understanding commonsense and real evidence that is right in front of them that even a blind person could see. Marilyn, not intentionally, but again that is the question here whether this was suicide, or an accidental death like someone driving off a cliff after losing control of the car. Because she was both a very irresponsible women, who had real mental issues and not always in complete control of what she was doing. Who for whatever reasons could never understand everything that she had going for her.

“A depressed Marilyn Monroe who committed suicide.” That is the only question here. Did she kill herself intentionally, or accidentally. A depressed women who one hot night in Los Angeles decides that life is hell and she can’t take it anymore and takes enough pills to kill three people. Well, that is more believable than U.S. Attorney General Bobby Kennedy coming by one night and killing her so the affair she had with his brother President Jack Kennedy, doesn’t get out. But again we’re talking about an unstable women who drank too much, who perhaps could have given Jim Morrison a run for his money when it came to drinking alcohol in one night. Who took a lot of pills as well to make herself feel better and numb her reality which she thought was hell. But would have been paradise for perhaps 9-10 other Americans. Which again goes to her mental unbalance.

I believe the only solid theory to how Marilyn Monroe died was that she accidentally killed herself from a drug overdose. A bad combination of alcohol and sleeping pills. Remember, a mentally unbalanced women who drank a lot and probably drank herself to sleep on a regular basis, especially since her career was basically on hold now, because he was becoming even more unprofessional at work and getting fired from movie roles. Who also took sleeping pills every night to numb herself along with the alcohol. That is the only believable theory here, because no one has offered any evidence that someone else killed her. And has no evidence of anyone else being there and who that person could have possibly be. She wasn’t alone that night, because her housekeeper was asleep down the hall. Had someone broke in to kill Marilyn, the housekeeper would have known about it. Which is why the second killer theory simply doesn’t hold. Along with no evidence of anyone else being there.

Posted by Erik Schneider at 6:13 AM No comments: Links to this post