The Economist: Video: What Happened When Portugal Decriminalized Drugs? 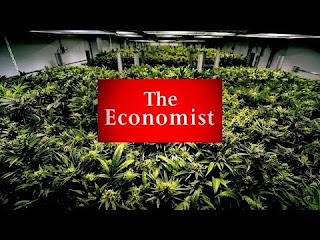 The Economist: Video: What Happened When Portugal Decriminalized Drugs?

I believe what Portugal is saying with their drug decriminalization policy is that narcotics are bad for you, but is still locking up people simply for illegal drug possession or illegal drug use is also not only bad for you, but bad for the society as well. That Portugal, is not endorsing the usage of cocaine, meth, or heroin, but they’re saying there are better and more cost-effective ways of dealing with narcotics in this country. And instead of sending drug addicts and users to prison for simply using narcotics, they send those people to drug rehab. Which frees up jail and prison space for actual criminals. People who pose an actual threat to the security of Portugal. And hopefully this works, because as bad as the War on Drugs might have been in Portugal, it isn’t a positive thing in any other country. Especially America.

Posted by Erik Schneider at 4:54 PM No comments: Links to this post