One of the advantages of living in a liberal democracy is that you get to decide for yourself whether you should or should not practice religion. And what you think of religion and secularism yourself. Rather than government making those decisions for yourself. For example I’m an Agnostic not because I do not like religion, but there are a lot of religions I do not like that are way too culturally conservative for me as a Liberal and way too collectivist culturally for me to ever be a part of.


As well as not believing or disbelieving in God simply not knowing and basing things in life on the facts on the ground that are in front of me. The major reason for being an Agnostic or we wouldn’t be around. But another advantage of living in a liberal democracy is that we can’t force our religious views on other people, nor can government for example. I can’t try to force other people to be Agnostics because it's right for me. So it would work for you as well. "You are stupid to believe in religion or be an Atheist. And I’m going to make you aware of that every chance I get".
This is just something that Atheists and religious fundamentalists do not seem to understand. That their religious beliefs or lack of them are so strong and their view of life and the world are so strong and believe that they are always right that it's simply unhealthy to look at the world in another way. So when an Atheist sees a religious symbol that of course they disagree with, they somehow see that as some infringement on their right not to believe in religion. Or when a religious fundamentalist sees someone living their life in a certain way that goes against their religious beliefs, they somehow believe that is some sort of religious discrimination against them.
Or a religious fundamentalist sees some law passed that goes against their religious beliefs, they somehow see that as an attack on their religious beliefs. That somehow their constitutional right to practice or not practice religion gives them the power to impose their religious beliefs on others. When the fact is in a liberal democracy with our Constitution, individuals get to make these decisions for themselves. I support Freedom of Religion because I support the First Amendment, which covers religion and the right to assemble. The right to free assembly that we makes these decisions for ourselves, instead of others dragging us into them.
The second part of that is just as important as the first part that we can believe whatever we want to when it comes to religion. But we do not have the right to force our views onto others, people who disagree with us can simply say "you know we are going to have to agree to disagree here". And walk away rather than trying to impose our views onto each other either through law, or as individuals harassing others that we disagree with.

Posted by Erik Schneider at 4:48 PM No comments: Links to this post 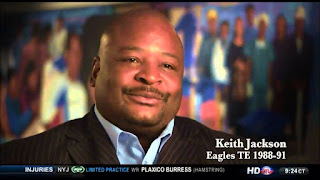 If I had to take one defense of all-time as far as dominating an entire season including the postseason and Super Bowl, I would take the 85 Chicago Bears with their 46 defense. That Bears team doesn’t win the Super Bowl without Mike Ditka. A big reason why Buddy Ryan didn’t win a Super Bowl or even a playoff game in Philadelphia or Phoenix, because he wasn’t as good of a head coach as Iron Mike. Buddy could get his teams to the playoffs and even win a division, but he was a defensive oriented head coach, who didn’t have much respect for offenses, even his own. Mike Ditka was a complete head coach, who was offensive minded, but understood both sides of the ball very well. And knew he also had a to have a good defense to win championships.

But I believe Buddy Ryan’s Eagles were better on defense of a longer stretch. From 1988-91 and 91 was the Eagles first season without Buddy, the Eagles might of had the best defenses ever. Buddy might of of had more talent on defense in Philadelphia, than in Chicago. And he certainly had better teams on offense, even though he never had that one running back he could count on to lead their running game. One of the reasons why he wasn’t successful in turning the Eagles into a Super Bowl contender was that he ever really even had a good running game. A good passing game with good receivers like Fred Barnett, Calvin Williams, Keith Jackson, Keith Byers out of the backfield. When Randall Cunningham was on, he was about as good as any QB in the game.

Imagine how good those Eagle teams of the late 1980s and early 1990s would have been had Mike Ditka been their head coach and not Buddy Ryan. Ditka would’ve given the Eagles a running game and known how to work with Randall. And then you have either Jeff Fisher or even Buddy running the defense. They Eagles probably would’ve probably already have their first Super Bowl championship already. (sorry Eagle fans) Buddy I believe had better defenses in Philadelphia if you look at their secondary and then you have Reggie White on one side on the d-line, and Jerome Brown in the middle, who were both almost unblockable. And then Clyde Simmons on the other side of Reggie. And the Eagles had more talent on offense, but Buddy wasn’t a good enough head coach as far as both sides of the ball to take the Eagles to the promise land.

Posted by Erik Schneider at 4:24 PM No comments: Links to this post 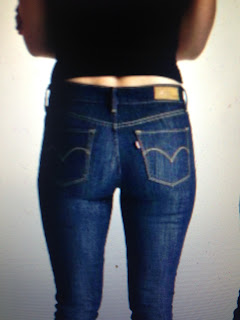 Source: This piece was originally posted at FRS Daily Press Plus

I like commercials like this because it shows American women doing normal everyday activities like doing their laundry, but shows them looking sexy and not trying to look sexy necessarily, but just that they are sexy and part of that is because they are doing these normal basic perhaps boring everyday activities in their basic simple, but nothing boring about them, Levis denim jeans. This women is wearing a tank top and blue Levis, going to the laundry mat in her Levis and looking sexy doing a simple chore like laundry.
There's a reason why we see women in commercials like this and a reason why see women like this in action movies that perhaps only five people have ever seen and somewhere out West or in rural America and the movie at some point becomes somewhat popular that it at least has a cult following. Because they are sexy and play their parts real well to the point that they become memorable. A lot of times the women are wearing tight jeans in that movie and generally with boots and generally those denim jeans are Levis.
Katerina Savenkova: Sexy Levi's Curve ID Commercial

Posted by Erik Schneider at 2:28 PM No comments: Links to this post