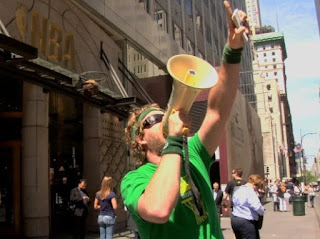 This piece was originally posted at The Daily Review: Constitution Daily: Staff- What’s Next For Free Speech?

I’ll tell what I hope happens next for free speech in America which is probably going to sound very sarcastic and cynical and hopefully funny and informative like a good comedian. And then I’ll tell you what I think is going to happen.

What I would like to see happen is the generation that sees socialism and I’m sure other forms of collectivism, what I would like them to do is to grow up. Finally graduate from college and quit one of their three jobs so they can get the hell out of college with a degree that is hopefully worth at least half of what they’re paying for it, on their personal debt card. Start experiencing the real world with a job so they can start paying off their college debt that they’ll probably leave their grandkids to pay off. And realize that not everything that anyone says about anyone, including oversensitive minorities and Socialists off all ethnic and racial backgrounds, is pleasant and nice.

And then also realize they also live in a liberal democracy with a liberal guaranteed right to free speech. And that includes saying negative things about anyone that they choose to. Also realize we live in a very funny country and probably are the comedy capital of the world and come from a long line of sarcastic smart asses. (I sure as hell do) And that not every joke that reflects some negative characteristic about someone or some different race of people from your own is bigoted. Generally it isn’t and someone with a good sense of humor will actually not only get the joke, like it and perhaps even wish they came up with it first. You’re actually doing someone a favor if you get them to laugh about themselves, because you’re actually giving them an opportunity at self-improvement.

So that is sort of my positive angle, or less cynical angle. But I got to tell you that the Millennial’s won’t be done with college at least the people who graduate on time until 2021-2022. So we’re looking at another 5-6 years of Starbucks and Red Bull junkies, protesting about someone wearing a Washington Redskins jersey on campus during Thanksgiving. Or Caucasian man dressing up as Santa Claus during Christmas, or Christmas being celebrated at all during Christmas instead of other religious holidays. Or protesting against Black Friday, because it’s not called Rainbow Friday. With the rest of country when they’re not laughing at these protests, wondering who did these kids have to sleep with to get into college. Or how many professors did their father’s pay off.

Young people especially just need to chill. Don’t drink the extra lathe or frappuccino, or give up that junk and the Red Bull to begin with and perhaps take up pot (where its legal) and relax. Let your brains settle down and even fully develop and with that might come with a sense of humor. And you’ll learn the difference between comedy, even comedy about culture and even lifestyle. And even comedy about ethnicity and race and how that is different from actual bigotry. Where you’re not making fun of characteristics of people and what they do, which is what comedy is. But literally making fun of people because of their complexion, or hair, how their nose is shaped, names, etc. And comedy when is done right regardless of the topic is funny. And bigotry is bigotry.

Posted by Erik Schneider at 4:07 AM No comments: Links to this post