Captain Bijou: Video: The Long Haul 1957, A Look at Organized Crime in The Trucking Industry

Victor Mature plays a U.S. Army Sergeant stationed over in post-World War II Britain in England. He’s already married with a son over there to an English women. Harry wants to go home to America, but his English wife doesn’t. So Harry stays, but also needs a job in England and finds one as a truck driver. Linda played by Diana is the girlfriend of an English mobster who owns a trucking company. Harry gets a straight job as a truck driver and meets Linda who wants to leave her mobster boyfriend and takes her away. But the mobster’s gang just also happens to jack Harry’s truck on his first night.

That is how this movie really starts where Harry now needs a job to support his English wife and son, but can only get a job with this English gang in the trucking industry. He doesn’t want to do it. Linda wants to escape Joe played by Patrick Allen, her mobster boyfriend and start a life with Harry. Harry is in between starting a new affair with Linda and staying with his wife because of his son and he still loves his wife. But he also needs a job and that is where this job starts moving real fast. Because now Joe is on the run for murdering his top deputy. And takes Linda with him and Harry helps him get away from the law.

This is not a great movie. I would give it an 8.5 I guess, but certainly a very good movie that you don’t need Diana Dors in it to make it interesting. But a women like that can make a bad movie look good because of how great she is and how she looks. And then you throw in the plot and the movie has an excellent cast with Diana Dors, Victor Mature, Patrick Allen and others. The movie takes place in post-World War II England where people there are trying to rebuild their lives and you have a very good movie. 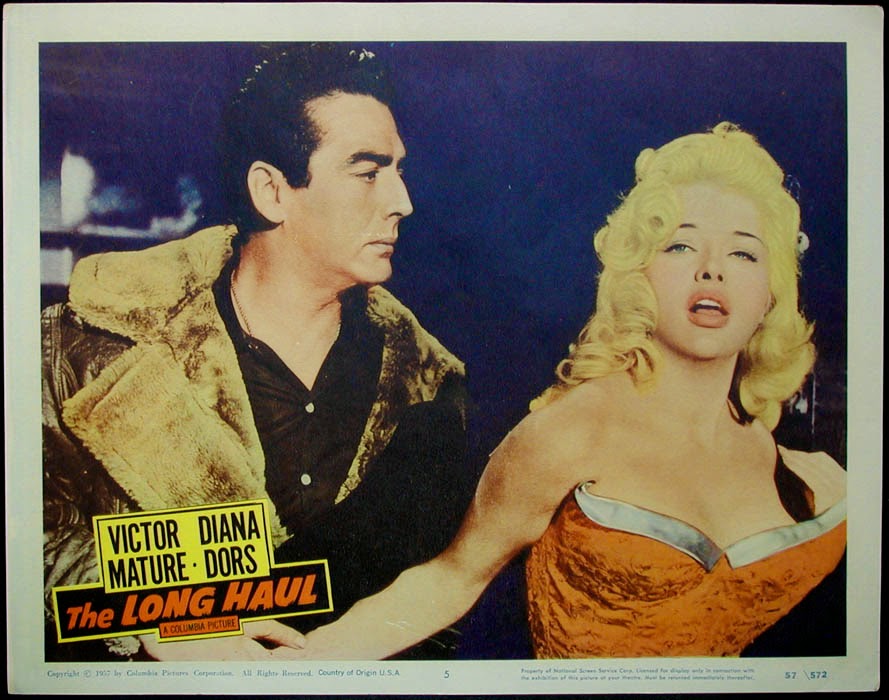 Posted by Erik Schneider at 4:48 PM No comments: Links to this post