The Young Turks: Video: Is President Obama Right About Marijuana?

Keep in mind this is coming from one of the safest politicians at least in modern American political history. Who is well-known for looking at all sides and considering all opinions before making a final decision. Whose run his last race for political office and now has the freedom to basically say what he wants with few diplomatic exceptions. And what he’s done here I believe is not just look at the facts when it comes to marijuana, but acknowledging them as well.For a change I agree with a lot of what Cenk Uygur said here. But what I would add is that President Obama is a politician before a leader. He’s a leader, just a safe one who generally doesn’t want to be the first person to go out on a limb and take a big stand on a big issue. But he has led on big issues before. The Great Recession when he first took office, health care reform, Wall Street reform, all uses where he’s paid a big price for. But that have worked out and were the right things to do at the time. 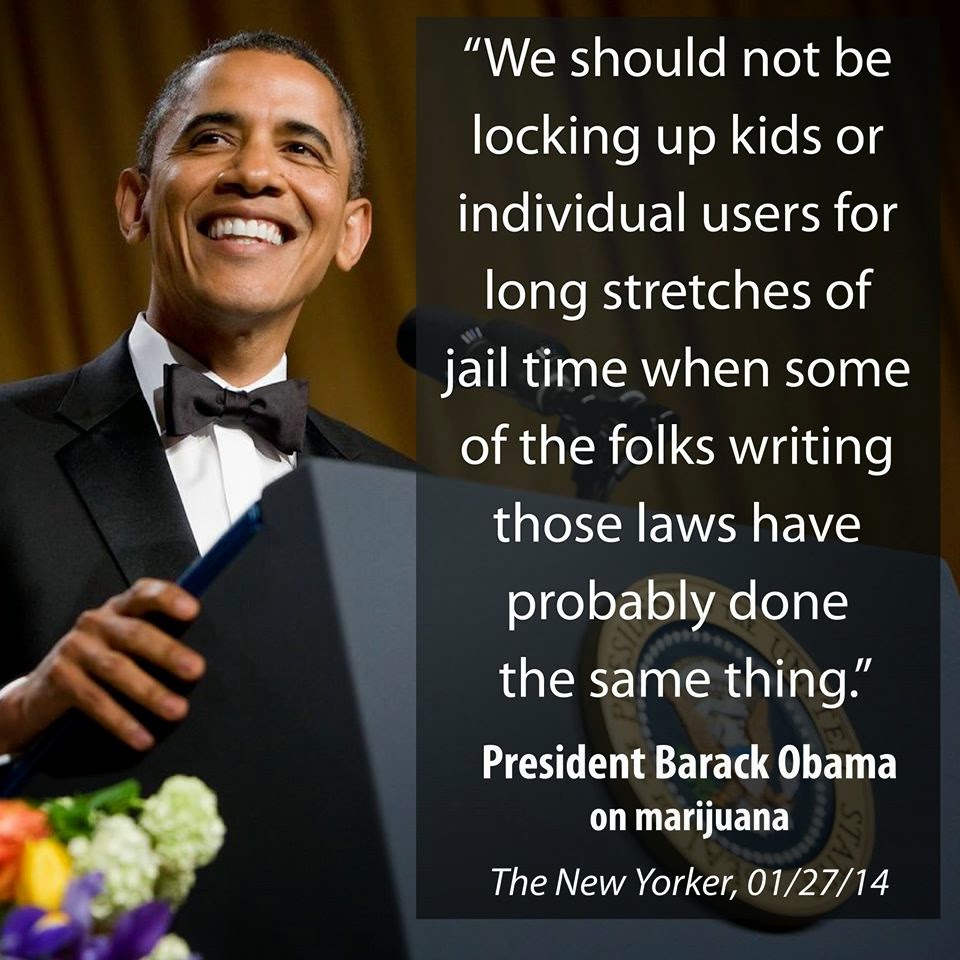 Posted by Erik Schneider at 11:46 AM No comments: Links to this post