It is true that Liberals had their way in the 1960s and even to a certain extent we had our way in the 1970s on social issues. And individual freedom in America this idea that Americans shouldn't be forced to live some traditional American life that was common in America up until the 1960s when the boomers started going to and graduating from college.

Baby Boomers deciding that the life that their parents and grandparents were living wasn't the life for them and they rebelled. And also saw the plight and the discrimination that minorities and women were going through in America. And decided to do something about it which is how we got the civil rights laws of the 1960s. And homosexuals started to make themselves vocal in America along with women, African and Latin Americans that didn't have a big role in American life just in the previous decade.

I'm not going to get into the Great Society because that came from a different faction in the Democratic Party. People who are far more lets say progressive (social democratic really) and want a bigger role for the Federal Government in American life and would go even further than the New Deal and Great Society today.

But as Liberals were coming forward and making the case that individual freedom should not just be for the majority of Americans racially, but that individual freedom should be for the whole country. That there isn't just one type of American and one type of American life. That one type of lifestyle where we all get married, all have kids, the father works and the mother stays home doesn't work for everyone. And that there are other ways to live as Americans and still allowing all of us to be good people and represent America very well along with civil rights. That individualism was the cornerstone of liberalism in the 1960s. And our greatest triumph that empowered millions if not tens of millions of Americans in this country.

Not so much the Great Society that had some positive aspects to it. But a lot of the Great Society was this collectivist top-down centralized Federal Government has all of the answers approach that we tend to see from so-called Progressives to problem solving in America.

But what Liberalism brought in the 1960s that I believe Bill Clinton and other Democrats built off of in the 1990s, Bill Clinton and other Boomers of course being products of the 1960s, was this idea that individual freedom should work for all Americans. And we should all have access to it, rather than freedom just being available to a majority of Americans or for even most of the country. But it should be able to work for all of us and we should all be empowered to be able to live our own lives and be able to live our lives as we see fit short of hurting the innocent. And not be discriminated against based on our race, ethnicity, gender or sexuality.

The Religious-Right a lot of them coming from the 1950s generation and even older than that and we are still seeing that today as part of the Tea Party, believed that the so-called traditional America that they grew up with was disappearing. And decided it was time to stand up and fight back and take on issues like abortion, homosexuality, pornography and other things they see as immoral. And the Republican Party decided to bring these voters in. And thats how the Republican Party became a governing party again in the 1960s and 70s.
C-SPAN: Robert O.Self- All in The Family
Posted by Erik Schneider at 12:57 PM No comments: Links to this post

The Hill: Elise Viebeck and Sam Baker- Advocates for Mental Health Have Momentum After Connecticut Massacre 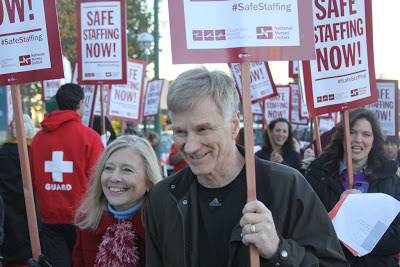 This is something that should've been taken care of during the healthcare reform debate of 2009-10. That produced the 2009-10 Affordable Care Act. tThis should've been part of that law that was finally passed and signed in 2010 by President Obama and maybe we could've avoided some of the tragedies that have happened since. Because these shooters could've gotten the mental healthcare that they needed under their health insurance, but hopefully this will be taken care of in 2013.

Posted by Erik Schneider at 12:08 PM No comments: Links to this post