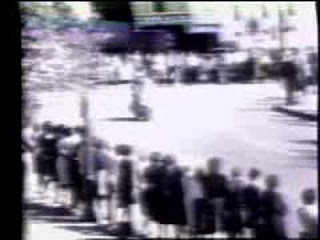 I don't believe there is any question who assassinated President John F. Kennedy. That man is obviously Lee Harvey Oswald. He had the access, the motive, the ability, his gun was the gun that killed President Kennedy, his fingerprints were on the gun. If he ever made it to trial he would have had to pleaded guilty to have any shot in hell (where he's currently residing) to have any shot in hell of avoiding the death penalty. That is not the question as far as who actually killed President Kennedy. And for anyone who disagrees with that, you really should treat them as if they're mental patients, or liars like Roger Stone to use as an example. Whose probably made millions from his books with his own JFK assassination conspiracy theories.

The only question for me is did anyone else put Lee Oswald up to the assassination  and then used him as their patsy. Knowing he was going to get caught and probably given the death penalty as a result, but Oswald agreed to do it anyway. Jack Kennedy, had a lot of enemies in Texas and Dallas perhaps especially both on the Far-Left where Oswald represented as a Marxist. But on the Far-Right for his support for civil and equal rights for African-Americans. And for his economic liberalism and wanting to use government to create new economic opportunity for people who needed it. But from organized crime especially the Italian Mafia, because of his administration's crackdown on organized crime. Jack Ruby, who killed Oswald had organize crime connections as well. Which just ignites the organize crime theory behind the JFK assassination.

We know, at least anyone who both has a brain and is sane at the same time, which is an accomplishment unfortunately for too many Americans, who assassinated President John Kennedy. The question was there anyone else involved or not. Was this something that was just put together by a highly intelligent and sharp man who was also deranged and a loser all in the same person. Or did he not only have help as far as actually pulling off the assassination with a second shooter and have people behind them that put the hit out and hired them to do it. Was Oswald the lone shooter, but was hired by others to assassinate the President. These are the questions that I at least and a lot of other intelligent sane Americans don't have the answers to yet. Which is why speculation in this case still goes on. And how the Roger Stone's of the world make their money.

Posted by Erik Schneider at 3:37 AM No comments: Links to this post