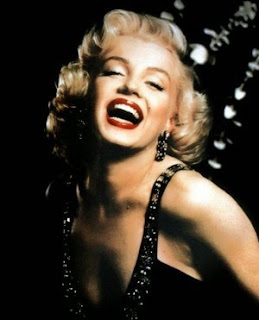 This post was originally posted at FRS Daily Press

If you are going to look at the life of entertainer Marilyn Monroe who died at the very young age of 36, the same age I am today, but back in 1962 And you can get past the goddess parts of Marilyn Monroe, which I admit is very difficult, to me at least she’s the best looking women whose ever lived, whose not related to me, you are talking about the sexy baby of all sexy babies. The sexy baby that all Sexy Babies are measured by. Extremely hot, baby-face adorable, didn’t even look 36, more like 22.

And of course with one of the greatest if not greatest bodies a women has ever had. She looked like an athlete like a tennis player or something, but if you are able to get past all of that, I believe you’ll see a very talented, but somewhat lost women. Who lacked self-confidence and perhaps was never very happy. Which is interesting to me because she married someone who had similar issues in Joe DiMaggio. One of the top 3-5 baseball players of all time, but who perhaps never appreciated that.

And funny in person as well and she could also act. Either be a comedian or a dramatic actress and she could also sing and perform. She wasn’t an actress or a singer, but an entertainer. Perhaps so good at her craft and then you throw in her physical attractiveness, she seemed to have everything going for her. But apparently there was something missing that she wasn’t able to accomplish which is what brought her down.

They say genius’ are somewhat troubled because as brilliant as they are about somethings. They devote so much time those direct areas that they don’t have much else going for them and seem very mediocre in other areas. Like a nerd who knows everything about lets say chemistry but couldn’t tell you their favorite movie or something because they don’t have one or don’t watch any movies or something and seem somewhat unsatisfied. I’m not saying Marilyn was a genius, but she had some of those characteristics.


Posted by Erik Schneider at 4:01 PM No comments: Links to this post