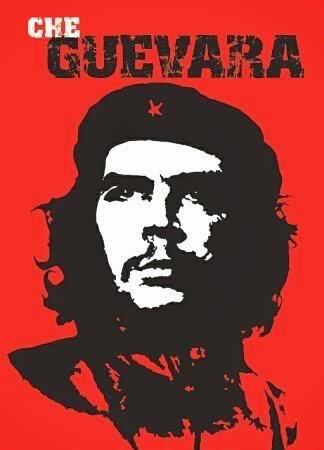 Imagine had these socialist revolutionaries in Latin America, like Fidel Castro and Che Guevara were inspired by Socialists in Scandinavia, Britain, France, Germany and others, and not being inspired by Socialists in Russia and China, where countries like Cuba, Venezuela, Argentina, Chile and others, how well they could be doing economically today. And how much influence they would have in the World today and not just in Latin America.

Had these revolutionaries followed the Brazilian model, a democratic socialist republic that’s emerging as a world Power, that’s now energy independent, instead of following Russia, China, this beautiful region, deep in natural resources, as well as people, instead of all these nations being developing nations today, maybe they look like the European Union. Maybe they are all economically independent, not dependent on foreign aid. But instead giving out foreign aid. Maybe they have a Latin Union that represents their economic and security interests in the world.

Had Latin America developed an economic system, that promotes public education, that everyone has access to, not just the wealthy, that promotes public infrastructure, healthcare, that people who can take care of themselves should be expected to do that and that the state helps the people who can’t, which is the direction that Cuba is trying to move to right now, Latin America would probably be part of the developed world today. Instead of a collection of emerging countries.

Brazil will be a developed nation, perhaps within ten years from now. Mexico could and should be, but have corruption and crime issues that are holding them back. But a lot of these other countries are really struggling. Like Central America, Venezuela, Bolivia and others. The Brazilian model is what the rest of Latin America should look at. Which is democratic socialism, which is a large private sector, but with a public that can defend and govern the country. And also help people who fall through the cracks of capitalism. Rather than trying to design an economic system where you put all the power in the state and make the people dependent on the state for their survival.

Posted by Erik Schneider at 2:59 PM No comments: Links to this post